One: The Early Morning Sun

One thing that I have the strongest will to do only when on vacation and never on regular working days is waking up early in the morning. It is my way of making the most out of the time doing the things that I love with the people I love.

On my first morning in Sipaway, I watched the sunrise while on what I call the “runway” from the resort to the cottages which sit on stilts (a few meters from the main part of the resort). It was low tide then and starfish (es) (hundreds of them), molluscs, sand dollars, sea grasses/weeds, corals were freed from their blanket that is the ocean and naked and welcoming of the early morning sun. I relished the moment. I was IN the moment.

I remembered Gina Lopez’s column in the Philippine Star that there is an existing belief that the early morning glare is good for the eye sight. So I stood still and stared at the sun and watched the clouds pass me by. Whenever I feel like it, I close my eyes to push me deeper into the moment. I uttered a short prayer of gratitude and welcomed the gentle warmth of the sun against my skin.

Life is beautiful.
Life is good. 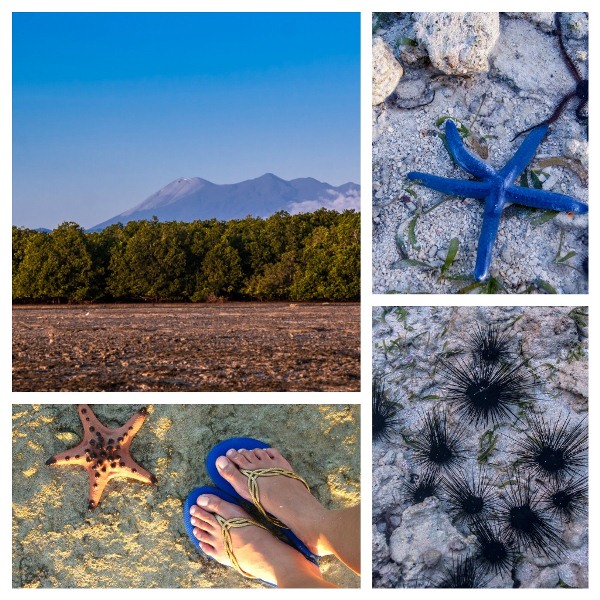 Two: Low Tide and Under the Sea patterns

I was praying to catch even just a short glimpse of the water level rising because I thought, it will make the cottages which sit on stilts with the ocean beneath them more picturesque. But for the most time that we were on the island, it was low tide. The oceans’ exposed treasures did not disappoint, though. There were hundreds of starfishes in different sizes and colors, sand dollars, molluscs, and other living organisms which names I do not know and which only God can imagine and will to create.

The low tide exposes life’s beautiful patterns which the ocean protectively conceals most of the time. 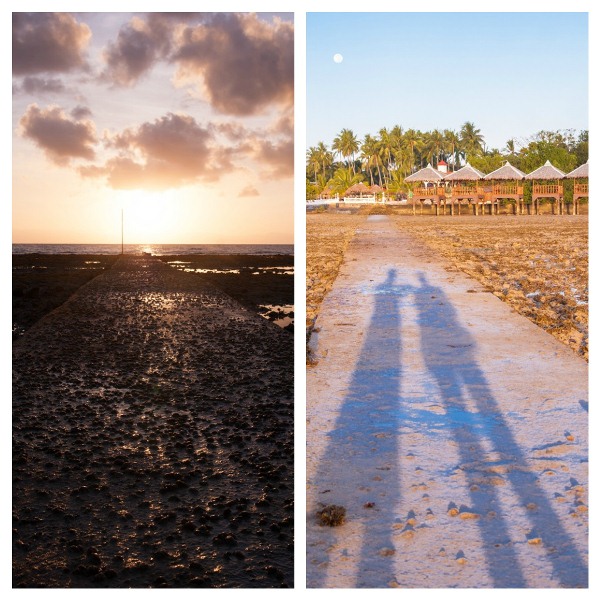 Three: Runway to the Sea

The runway connects the resort to the cottages built by the shore.
Charming. 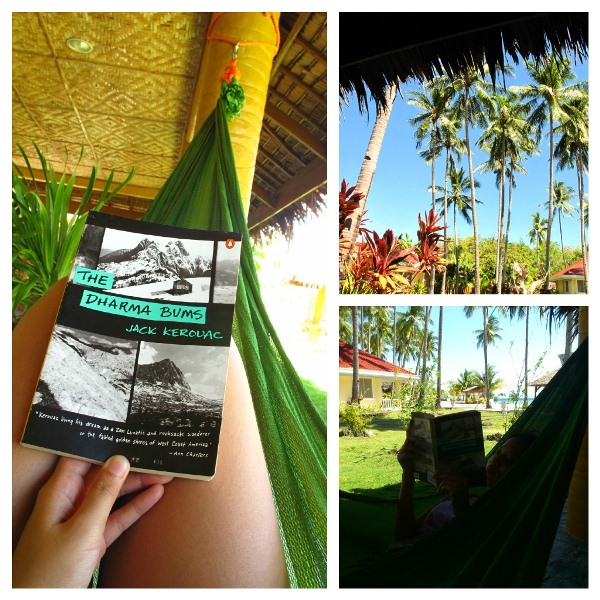 Me wrapped and bundled up on my green and soft hammock.

Do they even get tired of this kind of life? On our way to the bar to order some afternoon snacks, we passed by a group of resort employees playing volleyball with their boss. You’ll never get that from the corporate scene in the city. Most companies push their employees over and beyond what they pay them for and squeeze them dry with results – islands make excellent places to work for. Board meetings are held on the sand with a half- naked and fit German boss with that sexy accent which rolls hard on the tongue.

Flowers are pretty.
And they are most beautiful with love letters.

And you get the freedom to breathe.
Time to completely recognize and soak in the” present”. 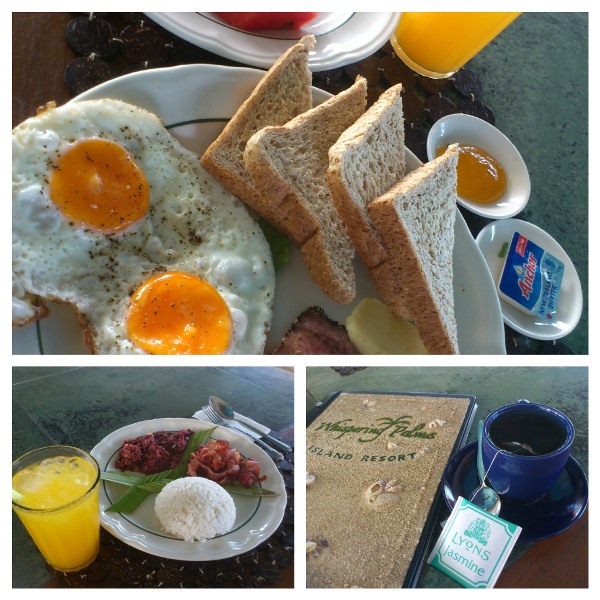 The resort we stayed in is owned by a German national and the place is peppered with reminders, notices and signages in Deutsche. Good thing I took up Deutsche 10 in UP, I adjusted easily with my surroundings, hahaha!! Most of the guests are also foreigners and though we don’t get to see them in most part of the day, we usually huddle in breakfast given that the resort serves food only in a small bar overlooking the pool area and the ocean.

I always order Philipino (Filipino) breakfast – rice, corned beef, egg, tea and fruit juice with an extra serving of bacon. They find it amusing that I can take in that much.

I subconsciously sang a Christmas song while finishing up my meal. One of the foreign guests said, “That’s beautiful, can you sing more for us?”. I smiled shyly.

Instead of jeepneys, people commute using pump boats.  Instead of EDSA, they traverse the ocean. They do not realize how lucky they are.

Or maybe I do not realize how lucky I am.

The most photographed part of the resort is the row of cottages perched on stilts on the shallow part of the sea. The cottages are beautiful both in sunrise and in sunset.

Short Review: We did not go around Sipaway Island and stayed at the resort. It was more than enough and beautiful for us. Resort food is a little expensive (around Php 300 to Php 350 ++ per plate) but very satisfying. The resort staff is very congenial and helpful and sweet. The resort has wi-fi access  in common areas and bungalow-accommodation. We availed of the standard (fan) room and fell in love with the hammock I spend my lazy afternoons in reading travel magazines, Jack Kerouac and listening to Adam Levine.

I nearly gave up on the long commute but I assure you, the island is worth all the inconveniences from endless transfers and long bus and boat rides.

The island can be accessed from both Cebu and Bacolod, in our case, we came from Cebu.

1. From the Mactan airport proceed to Cebu South terminal
2. Take the Toledo Bus to Toledo port. It costs around Php 70 and the ride is around two hours long
3. Take the roro from Toledo port going to San Carlos City port. The ride is around Php 120.
4. From San Carlos City port, take a pump boat going to Dapdap port in Sipaway island. Pump boat ride costs around Php 10, one way.
5. From Dapdap, we took a tricycle going to Whispering Palms resort.