Lola Nanny is in Australia that’s why her Surf Retreat  (inn) in San Juan, La Union is closed and I can’t have my fill of her choco-banana shake I tasted 4 years ago. This info I picked up from Jomar, a 12-year old boy who sold me overpriced native mangoes. His sales pitch was: “Sige na ate, para may pang-baon ako sa school…” – he didn’t have to finish the sales talk.

Sir Rons, my interim boss invited us to join his travelling group to a surfing trip in La Union and though I am really scrimping and saving up on things worthier than having a killer surfer abs, interim or not, he is still my boss and the probability of saying no to a boss is really slim.

So, on the second week of June, I went to La Union and surfed and ate. Mostly ate. And syempre pa, brought home Top 10 things La Union taught me. I think I want to do this for all the places I will be going to in the future – because places and the experience of travelling are great teachers. Di ba? Di ba? 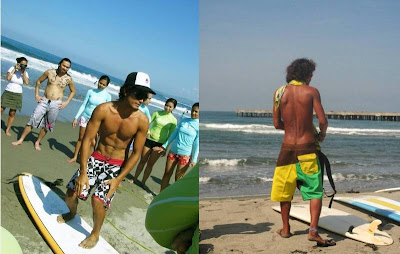 ONE:  La Union taught me that - - I AM SEXY AND YOU KNOW IT (cue club music, ilabas ang Tanduay Ice, wohoo, party!!!) Haha! Scrap that. La Union taught me that surfing is one great abs-generator (ano daw??). Legit surfers have to-die-for abs that can rival that of the Teenage Mutant Ninja Turtles'. And they know that they have abs and they flaunt it, and they flaunt while on their surfboards, while catching waves, while teaching students like me how to paddle, how to stand up, how to balance – and they do not mind if their board shorts are so low-rise, their butt cracks are showing because yun nga, they are flaunters, show-off’s because WE like watching and ogling and being flaunted on/about/upon. They are sexy and they know it. If you got it, flaunt it. Lesson number one and ultimate lesson of all!! (Breathe Tina, breathe…) 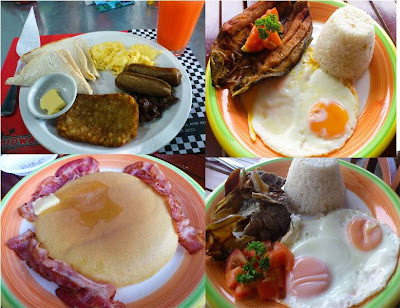 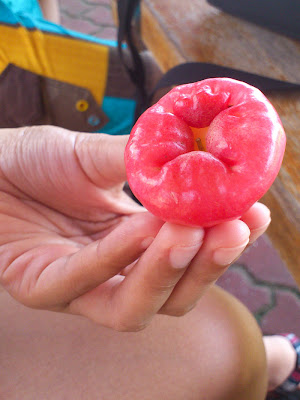 THREE:  There is a fruit called MAKOPA. Haha! No Kidding, I am from the province and I should know better about vegetables and fruits (because provinces are abundant with everything that grows naturally) but this is the first time that I have known one, seen one and tasted one. It tastes like sugar-free apple and according to the smartsy google - makopa is Malay Rose Apple. Hmmm, now I have the makings of a promising botanist - I know makopa. Haha! 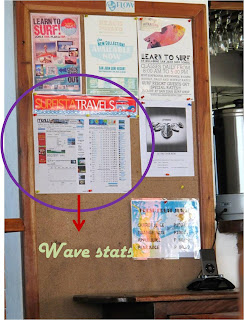 FOUR: There are surfing bulletins posted in most surfing resorts where surfers and surfer wannabe's can check the height and frequency of waves. We visited La Union on a typhoon season and the waves are angrier, more frequent and more tiring to surf on than the usual. But of course, for surfer chicks and dudes - the angrier, more frequent waves, the better. My sexiness can only tolerate baby waves but on that particular weekend, I was a poser-surfer, nirayuma ako after. Muscle pains para mas sexy. Yuck! Haha!

FIVE: Bosses are humans too. And they can be cool if they want to. I did not laugh when I saw my boss got wiped out, promise, because this is a public blog. =) 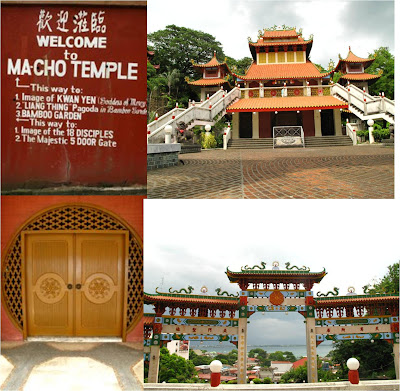 SIX: One of the guides asked, “Gusto niyong pumunta sa Macho Temple?” I felt a little guilty and ashamed when I replied excited and shrieking, “Gusto ko!!!”. Turns out, it’s Ma-Cho, not macho like how I thought it was (blush). It’s not a famous La Union must-see attraction  because one really goes to La Union to surf – just that. It’s the first time that I have been to a temple and I am impressed with the details. Ma-Cho is a Chinese Deity of the Sung Dynasty. In the Philippines, She is also known as the Virgin of Caysasay. Interesting.

SEVEN: La Union was a gentle reminder that I need to work out and have a little discipline when eating. I am not getting any younger. I can eat an 180 grams of multi-grain pringles then have my lunch after then have my merienda after then another set of snacks then pre-dinner meal then dinner then desserts then midnight snacks. No Kidding. Buti na lang, I am naturally sexy (wooott!!), but still, this is not an acceptable excuse. 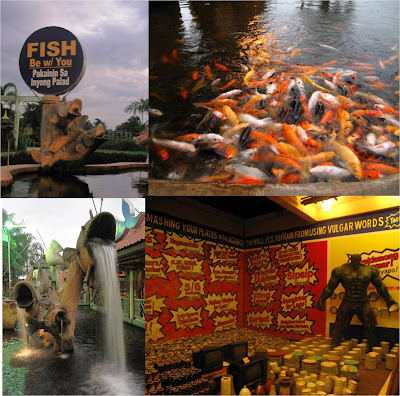 EIGHT: La Union's neigbor Tarlac is the home of the famous Isdaan, a restaurant owned by the Ongpauco's famous for Barrio Fiesta and Singing Cooks. The concept is really nice - huts floating on a lake with a smorgasboard of Filipino dish to choose from. They do not scrimp on space and continuously develops the place. It is also the home of the famous taksyapo where you buy breakable items, smash them on the wall and say good bye to stress and anger. My favorite activity, however, is feeding the fish - they literally jump on you just to get their food. Sabi ko sa boss ko, "Sir, first time kong pinagkakaguluhan!!". 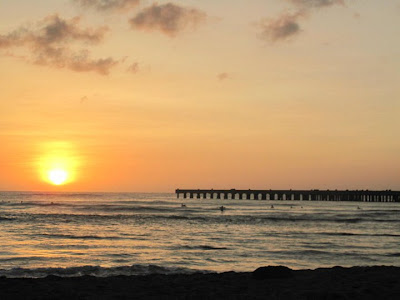 TEN: Blessed are those who have found that one thing they are passionate about and are actually doing and living them. Captured beautifully by Rumi, a poet whom I have come across just now, "Let the beauty of what you love, be what you do". Whenever I see the surfing instructors waiting for their next sessions, I feel happy for them that they get to do what they love to do and are able to impart such love to others. One of the beautiful experiences I had in La Union was when I attended the yoga and surfing retreat several years ago and met people who have found their calling. I never tire of sharing their stories. One of them is Nancy, my roommate. She was working in a big firm in Makati at the time of the retreat, just recently she finally found the guts to quit corporate, and is now a certified yoga instructor. Inspiring.

5th out of the 12 promised stories for the year
Posted by tinabax at 1:04 AM